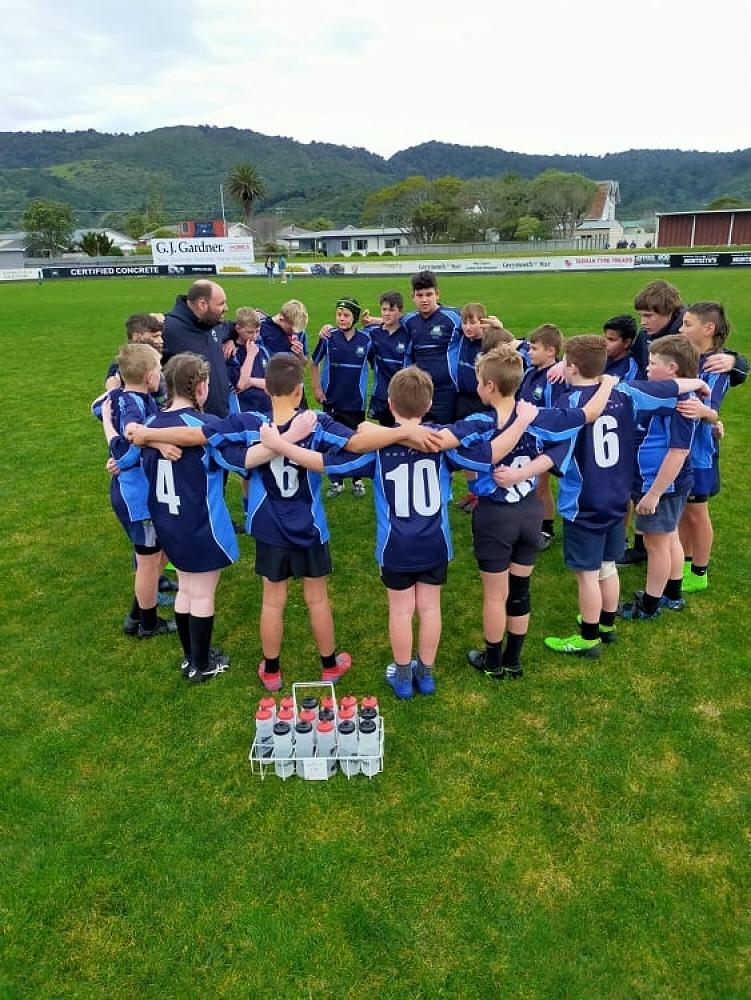 The first game of rugby this year, in the postponed 2020 competition, took place in week 2, and was a great success.

The first game of rugby this year in the postponed 2020 competition. The team arrived in good time to have a jersey ceremony before the warm up. It was great to see the team learn the value of a jerseys even if some of them were a little large for the team. The warm up looked strong with some good chat from the players. A quick pep talk from the coach and some deep breathing and they were off.

The under 12’s took home the win at 56 – 5 but Karoro put up a brave fight. Martin’s early try set the tone for a dominant forwards performance. Eddie did a good job of captaincy keeping up the coms on the field.

Highlights of the game included Sam doing the “fireworks” move off the back of the scrum and feeding Martin for the try in the corner. Joe received a high ball and made an awesome run dodging 4 tackles with some silky skills to pass off to Jake who passed to Martin for the try. Eddie did really well kicking the conversions.

Karoro had some great tacklers with their girls being fully fearless. We managed to keep the ball alive in contact with lots of offloads trying to spread the ball away from their stronger player.

Bella had a good run and made some good meters but was brought down hard by three of their biggest players she got up and carried on which was great.

Our line outs were really strong especially with Tiare winning the opposition ball.

Che also had some great runs including one from 50m out where he used his devastating fend to keep the opposition off him before crossing the line.

It really was a team effort everyone looking after everyone which was great to see. People were happy to play out of position to look after others and everyone was there to help each other out.

The team said they could work on structure more before the big game next week but it was a great first game. 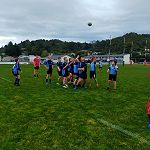 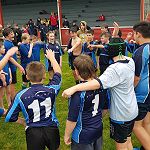