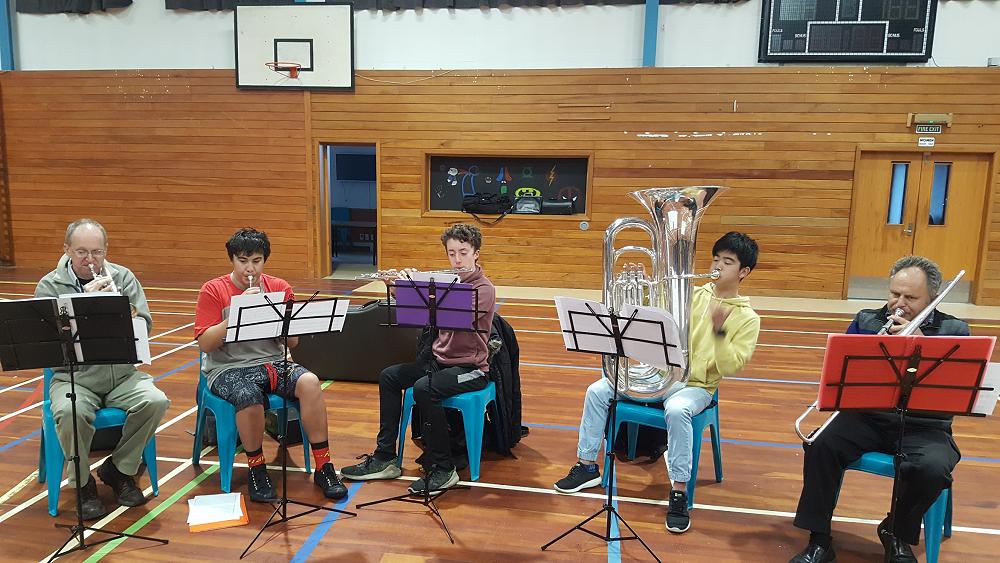 Students were lucky enough to receive a performance from several members of the Westland Brass Band. Three of these members are students at our school.

On Friday 21st June several members of the Westland Brass Band played for us at assembly. Three members of the band are students here at Westland High School.  Arkadian Coleman played the trumpet, Gwen Bodiou played the flute, Keigo Itani played the tuba. Gwen has spent this term here at Westland and Keigo is here for 3 terms. They were supported by experienced band members Justin Cook (trumpet) and Drew Howatt (trombone). We would like to say a big thank you to the band for sharing their talents with us. Ka pai. 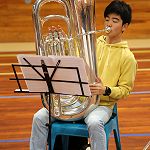 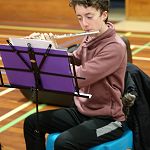