The Spirit of Adventure 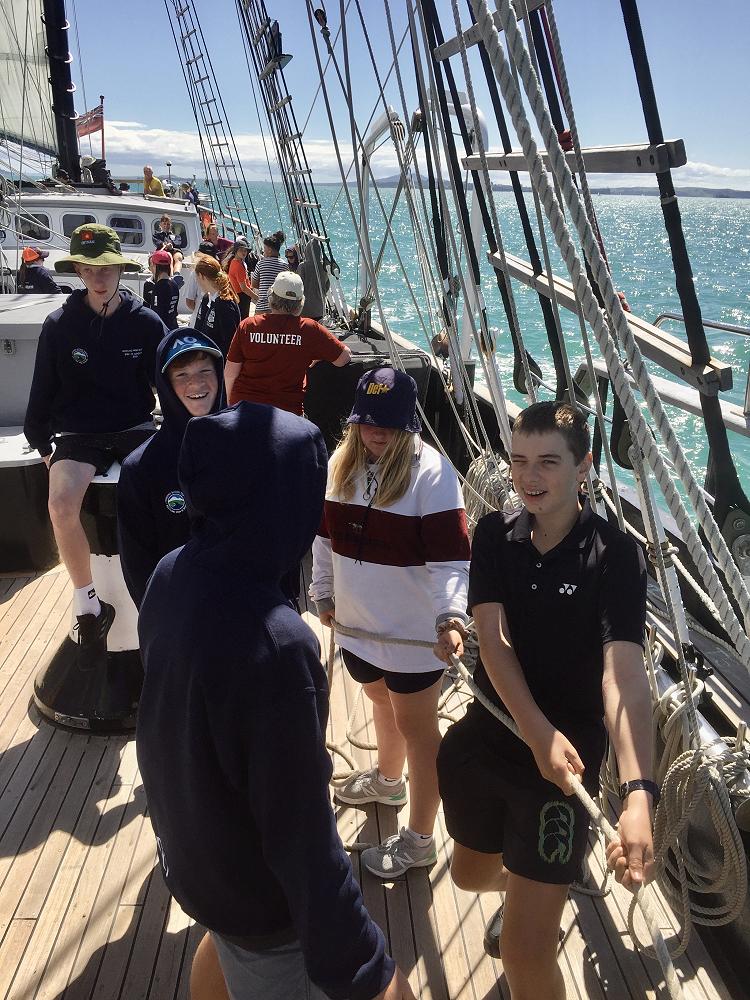 On the 24th of October, 10 Westland High School year 10 students, woke up way too early to get to Auckland for a trip they’d been waiting for all year- the Spirit of Adventure.

The first day entailed mostly travel from van to plane, to van to boat, and was incredibly hot. However the travel was worth it for the experience they had.

Once they were at the wharf they were able to unload their bags and have a look around the ship, which was big enough to hold 40 trainees and 14 crew members, had 13 sails, and made everyone aboard feel like a pirate.

The boat left Auckland at 10am on Sunday the 25th, and on the first day sailed into a bay just off Waiheke Island. The first day saw wicked sunburns, incredible views and a whole lot of meeting new people.

On the second day the boat sailed through the Waiheke Channel past NZ’s oldest mussel farm, and across the Hauraki Gulf to the Coromandel peninsula. This day saw way more sunscreen, a whole lot of swimming, and a ferocious competitive spirit between the schools.

Day three saw the trainees experience something they hadn’t in what felt like forever - land! As they rafted over to the Coromandel Peninsula, they also saw a family of Orca which was super special. While on the land, they went for a walk, played beach games, and went swimming in the incredible water. The third night was an emotional night for some.

The fourth day was an eventful day for Westland! As the team representing the west coast, they were incredibly confident about the raft race competition, so they played their wild card to double any points they got. But, as they pushed their raft into the water, disaster struck! Two of the team members had decided to take a swim, placing Westland at the back of the pack! Don’t ask how, but they managed to push through and reclaim second place. (There was yelling involved.)

It was a bittersweet day, day five, saying goodbye to everyone that they’d met was hard, but the views were incredible sailing into Auckland Harbour.

Westland High placed third in the competition, only 4 points off the team who’d gotten second! All the students were really tired by the end of the voyage, but they’d had an incredible experience.

It will be hard for them to forget everything they learned on board, all the people they met and things that they did, and they all highly recommend you take any opportunity you get to go on the Spirit.

Thanks to the Spirit of Adventure trust, the excellent crew (WE LOVE YOU DAYNA), Mr Lee for taking the group up, and the parents who did an excellent job fundraising for the trip and running shuttles to Christchurch. It was truly a highlight for all of us, and we loved every minute of it - not everything we did was included in this story, but if you go on the trip yourself you’ll get to see how jam packed with awesomeness it is! 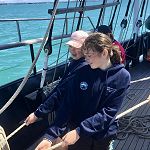 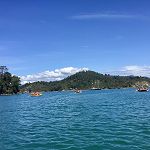 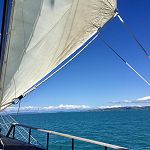 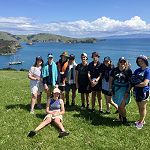