Two of our students recently competed in the Springston Trophy Pony Club Teams event. Read on to find out more about the event.

Jessie Smith and Squiqqles (aka Whipper Snapper) and Hugo Anderson and Jazz were junior riders for the Greymouth Gold and Greymouth Green teams at the annual Springston Trophy Pony Club Teams event.

The annual Springston Trophy is hotly contested by Pony Clubs throughout the South Island and attracts high calibre riders and teams. The trophy is now in it’s 48th year and is the largest pony club event in the southern hemisphere.

Competing at 80cm in their first ever Springston Trophy both Jessie and Hugo rode clear on the 2.4km long XC course as well as competing in the dressage and show-jumping phases.

They both went clear on the Show Jumping phase too and rode nice dressage tests getting useful scores for their team. Jessie's Team finished 10th and Hugo's 12th in a field of approximately 40 teams. 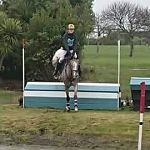 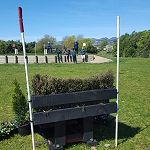 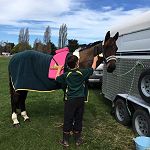