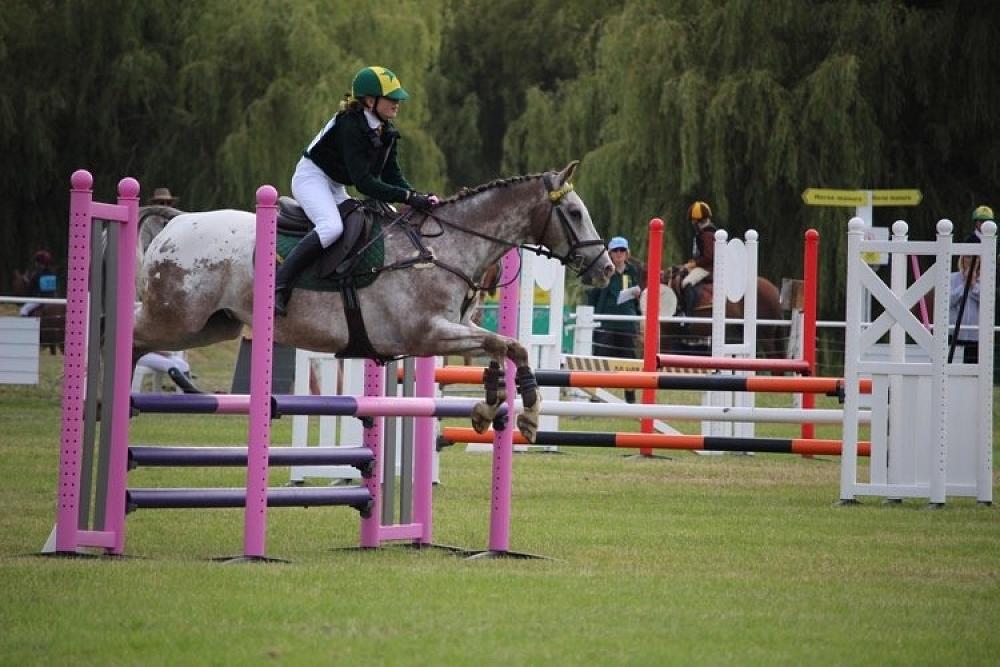 This annual event was held at Kitchener Park in Waimate, a long haul to get there from Hokitika but a picturesque, well set up ground and facilities. Two Greymouth Pony Club teams trained and travelled to the event that drew over 30 teams and over 150 riders from Pony Clubs all around the South Island.

Long travel times, early starts, long days – although it doesn’t sound like much fun the team environment, learning and laughs make up for all of that. Up at 5:30 am to walk and feed horses, grooming, plaiting, putting in studs, tacking up, making sure you are in full and tidy uniform, warm-up, remember 4 courses and 2 jump offs, support your team mates, it all makes for a full-on time.

With only a team of 4 and no senior rider the Greymouth Green team were non-competitive. The Greymouth Gold team, courtesy of some nice clear rounds, some top 10 placings and a 1st for Hokitika’s Kirk Magner in the Senior Take Your Own Line scored a top 10 finish coming 9th.

Three Westland High School students competed. Meghan and Isla Scott for Greymouth Green and Jessie Smith for Greymouth Gold. Meghan and Isla had their first start in a team event in the Intermediate 95cm height and Jessie competed Junior 85cm on her lovely Appaloosa gelding Whipper Snapper (aka Squiggle). Hugo Anderson was due to compete but as luck would have it with horses and ponies his wee mare Dreamtime Jazz went lame and couldn’t compete.

Meghan rode Apache Medicine Hawk – owned by Hokitika local Samarra Wright and Isla rode Weiti Quality Street a lovely little Weiti Station bred mare owned by another Hokitika local Amanda Bisdee. There were 2 rounds of jumping both days with a TA5 Instant Jump Off, a TA5 Callback, a 2 Phase and a Take Your Own Line. With three rings operating simultaneously and side by side it was a busy couple of days getting riders ready, warmed up and at their gate in time to jump.

Isla and Iti went clear in in the TA5 Callback round and then the heights went up to 1.05m for the jump-off! Isla and Iti were going well until a dropped rail at fence 6. Patches had 4 solid rounds with only a handful of dropped rails and some clear rounds.

Jessie and Squiggle had an eventful 2nd day with a broken stirrup leather at the 2nd jump in the 2 phase which saw her complete the remainder of the course clear and with only 1 stirrup – a feat reminiscent of Mark Todd and quite spectacular. She got a huge round of applause from the spectators when she finished. Then she had an uncharacteristic fall in the take your own line – luckily no damage to pony or rider. Being checked out by the St. Johns in the ambulance sideline she was more concerned about watching her teammates compete!

With so many Westland High School students being keen equestrians and members of our two local Pony Clubs, Greymouth and Kokatahi-Kowhitirangi we are now looking likely to field a team for the South Island Secondary Schools Show Jumping and Hunter Jumping competition to be held at the National Equestrian Centre at Macleans Island in Christchurch on the 26th February.

Many of these students at the two clubs are preparing to sit their next round of Pony Club certificates in coming months.

Plus, many are competing well at local shows over the summer. The Dunstan West Coast Aggregate Series accumulates points for Showing, Pony and Hack Show Jumping and Versatility classes from the 4 West Coast A&P Shows (Buller, Westland, Inangahua and South Westland). Jessie Smith is currently running 2nd (1 point behind the leader) in the Pony Show Jumping and 1st in the Versatility Mount section. Meghan Scott is running 2nd in in the Hack Show Jumping (2 points behind the leader) and Emily Coleman is running 2nd (2 points behind the leader) in the Show Pony section. The final round for this series will be held at South Westland A&P Show in Whataroa on 22nd February. It’s going to be close fought battle with some great prizes and sashes up for grabs. 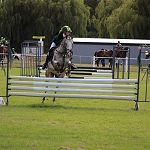 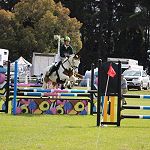 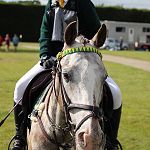 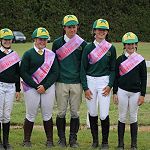 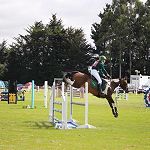 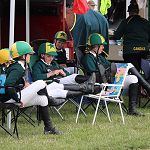 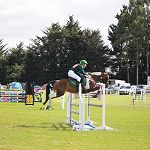