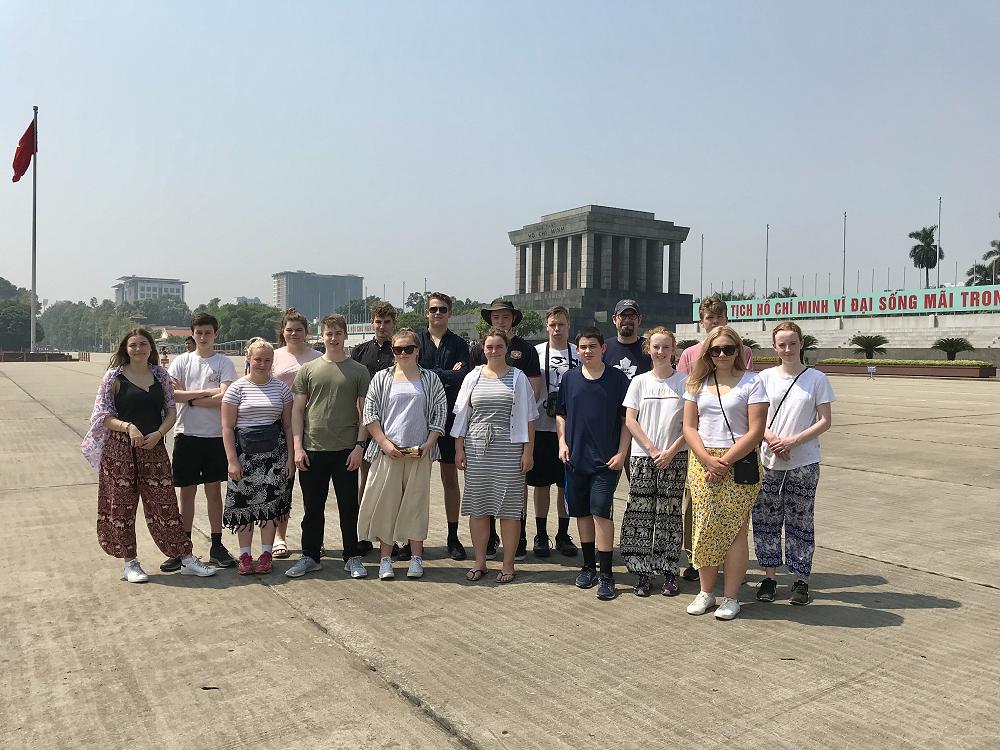 During the holidays our Senior tourism class went to Vietnam and saw some beautiful sights.

Throughout the third term holidays, a group of 18 Westland High School students and teachers took flight over to the beautiful country of Vietnam to learn more about its culture, food and history. As a group we were overseas for 17 days (with two being travel days). Within these 17 days we began our trip in the North (Hanoi) and then travelled south, eventually finishing up in Ho Chi Minh City (Saigon)

There were many cool things that we experienced on our adventure, including going to an amazing water puppet show the first night in Vietnam (that Mr. Wickett was in love with). Also in Hanoi, our group went to the Ho Chi Minh mausoleum where we were able to go inside and see his body, surrounded by four guards (for those who don’t know who he is: he led the movement to make Vietnam independent from foreign rule). We also got to tour his compound, including his stilt house as well as seeing the Presidential Palace. Most days we were lucky enough to go and visit temples and see traditional villages. This was awesome as we got to see how other people lived and compare it to New Zealand.

Another amazing thing we experienced was going to Halong Bay for two days and overnight on a boat. This was one of my favourite parts of the trip as we got to kayak in the islands, go swimming, climb an island to a temple at the top and walk through a cave in one of the islands.

We also spent a day in Hue where we were able to tour the Citadel and temples as well as seeing some of the effects of the American War on Vietnam. At night, we attended an imperial dinner where we all dressed up in royal costumes and dined on Vietnamese food.

In Hoi An, we spent a morning at a cooking school, where we learned how to make several Vietnamese dishes, some more successful than others! We also visited the market there to see how the ingredients for our food were bought and of course, for some shopping, haggling for the best price.

Some of the activities we participated in in Ho Chi Minh city were going through the Cu Chi tunnels, getting an idea of what is was like to be Vietnamese during war time. A trip to the War Remnants Museum and the Reunification Palace showed us about the history of the American War. Our last day in Vietnam was spent travelling by boat around the Mekong River and was finished off with a dinner cruise on the Saigon River.

I would like to take this time to thank Mr. Wickett, Mrs. O’Dowd and Miss McLaughlin for looking after us and sharing so many amazing memories with us! This trip never would’ve happened without you so thank you so much for being so amazing! 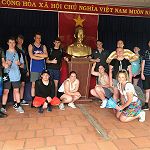 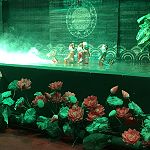 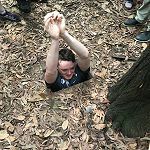 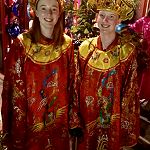