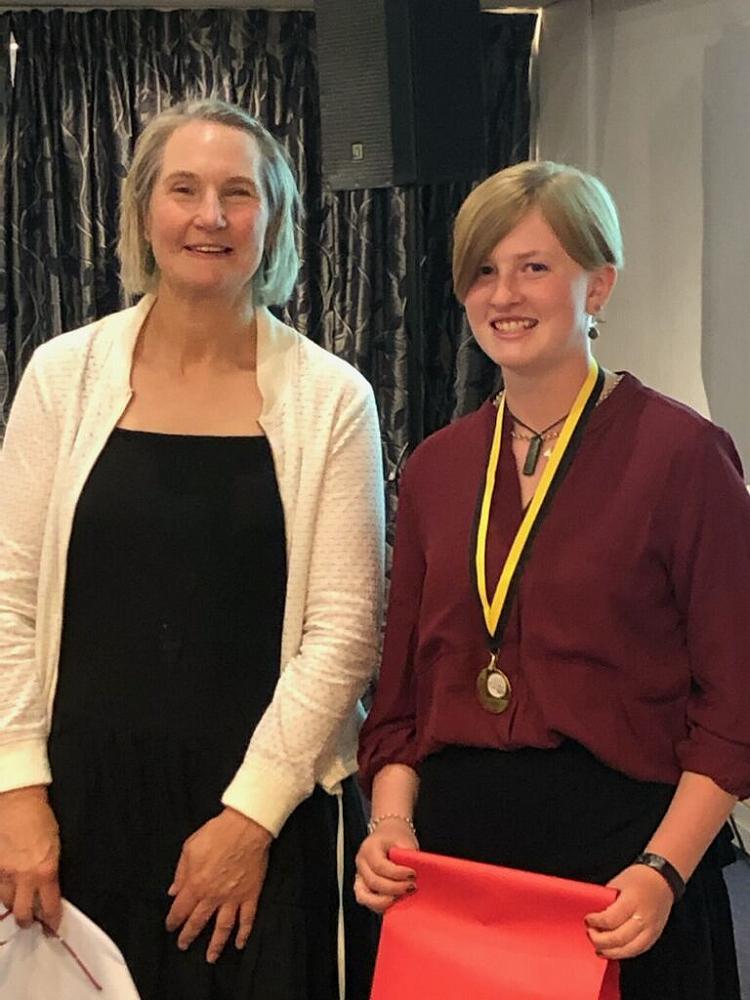 Earlier in the year, Alanna Nicholls participated in the initial rounds of the 2021 Spelling Bee and was awarded a place in the regional semi-final in Christchurch. She then won a place in the 2021 Aotearoa New Zealand Spelling Bee Final sponsored by the Wright Family Foundation on Saturday 26 November in Wellington. This is a great accomplishment, as she is the first person ever from the West Coast to make it to the final and one of only 21 Year Nine and Year Ten students from across New Zealand.

The event consisted of three rounds of words from the 2021 Aotearoa New Zealand Spelling Bee Finalist Wordlist and multiple open rounds with words from the Concise Oxford English Dictionary 12th Ed. Spellers were allowed to ask for the word to be pronounced again,the part of speech, the language of origin, the definition and a sentence using the word before attempting the spelling. The rounds continued for all the participants who managed to spell their word correctly, but as soon as a participant misspelt a word, they were eliminated from the competition. Alanna made it through the first two rounds, but unfortunately stumbled on the word ‘surtax’ and was eliminated in the third round.

Alanna won a fully funded trip to Wellington for the event, including one night’s accommodation at the James Cook Grand Chancellor Hotel and airfares to and from the event. She was also awarded a medal for her outstanding achievement.

We are very proud of Alanna’s incredible achievement- she was not just representing Westland High School, but also the entire West Coast, as she was the first and only student from this region to reach the final. Westland High School plans to hold an annual Spelling Bee competition from 2022 and hopefully this will be the start of many more students proudly representing the West Coast.