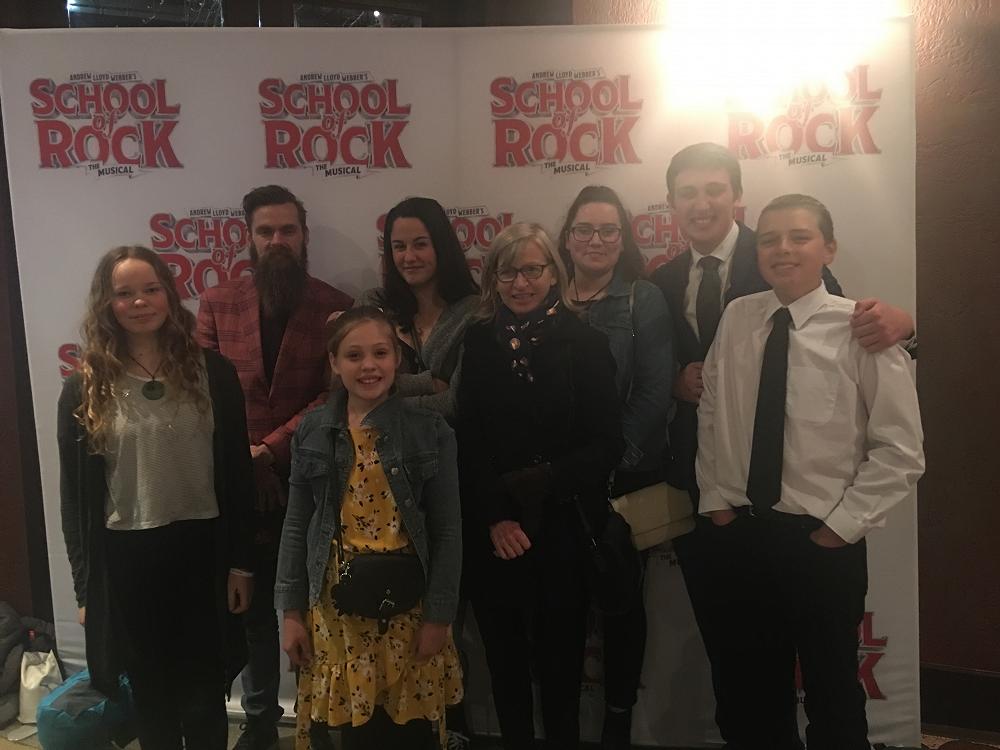 This trip was a resounding success. Read on to find out more about what the students experienced.

From September 12-15th, 7 students along with myself and Mrs Reeves travelled to Auckland to attend the Junior Theatre Celebration. The Junior Theatre Celebration involves an opportunity for school and community groups who have produced an MTI Broadway Jr show to present a 10 minute segment of it for adjudication along with attending workshops with a variety of industry professionals. We made a commitment to take a small section of our Annie Jr cast this year and we worked hard on both fundraising and rehearsing to get ourselves to Auckland this year.

After traveling to Christchurch by van and then Auckland by air, our trip started with taking in a show—we were lucky that our visit coincided with the season of School of Rock the Musical, which is a musical adaptation by Andrew Lloyd Webber of the famous movie that starred Jack Black. The students had a great time at the show, which for many would've been their first professional musical theatre experience. It also gave the students a chance to see kids their age (as there is a large component of children in the cast) working in a professional setting.

Friday morning allowed us a bit of time to relax and do some shopping and site seeing in Queen Street before Kristyn Lang (who directed alongside me) and myself headed to some PD workshops in the afternoon as part of the conference whilst the others headed to Metro Lanes with Mrs Reeves for some bowling. All seemed to be going well until I exited the last PD workshop to find a text from Mrs Reeves—Resina, our Miss Hannigan, was in A&E with a suspected broken ankle after a mishap with a ball pit at the Odyssey Sensory Maze. The rest of the cast, courtesy of Uber, made it to the convention centre for the official opening of the Junior Theatre Celebration whilst Mrs Reeves and Resina spent most of the night in hospital. At the Celebration our students were treated to a performance of Moana Jr, a new title that will be available for licensing in 2020. It was performed by a group of students who had workshopped it over the past week as part of a pilot program designed to test the suitability of the show before it is officially released to companies for licensing/performance. They had less than 24 hours of rehearsal time across a week to put the whole show together, but the performance was of exceptional quality. It gave us real chance to think about how much can be achieved with limited rehearsal time. We then returned to the YHA and awaited news of Resina. In the end it was a mixed bag: she didn't have to have an operation straight away (so she would at least be able to fly home with us) but she would be on crutches and wouldn't be able to perform the following day at the Celebration.

Saturday dawned and we headed to Junior Theatre Celebration for our full day of performances and workshops. Kristyn Lang our director had to step in for our injured Miss Hannigan as the show must go on! Our students could've been rattled by this change and the uncertainty it brought but they carried on like true professionals and presented an excellent performance for the adjudicators. This year there were several guest adjudicators/workshop leaders including two members of iTheatrics from New York. iTheatrics is responsible for editing and translating full Broadway shows into the junior versions that are available for schools to license. In fact Cindy Ripley, who was one of the adjudicators, was the person who did the translation of Annie to Annie Jr. She told us after our performance how the first time she ran the show she had a cast of over 150 members and was impressed how we managed to complete a 10 minute segment of it with just 6 of our cast in attendance that told the story of Annie so successfully.

Our performance was over and done by lunchtime, which allowed us to be bit more relaxed in the afternoon of which we spent watching other schools and in dance and theatre workshops. We broke for dinner around 5.30 before coming back for the closing ceremony where we were treated to some more special performances and awards were handed out. We were exceptionally proud to get an Excellence in Acting Award and to have Lily Day and Samuel Willcock named in the all stars group for the weekend. We left the theatre and went out for a celebratory meal on Queen St (including being shouted ice cream by myself at Aqua S).

Sunday dawned and it was time to head home, but not before what seemed to be the highlight of the trip for many- Krispy Kreme and Dunkin' Dounts at Auckland Airport!

The cast would like to personally thank all those who supported us in our fundraising efforts that made this amazing trip possible.Dr Shawcross 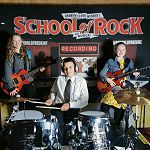 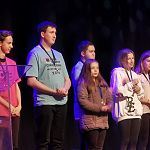 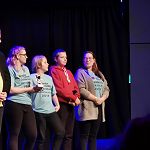 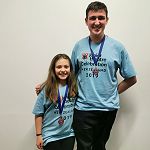 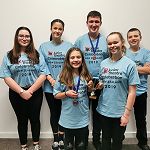 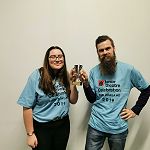 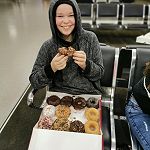 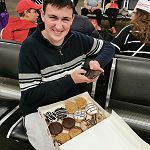