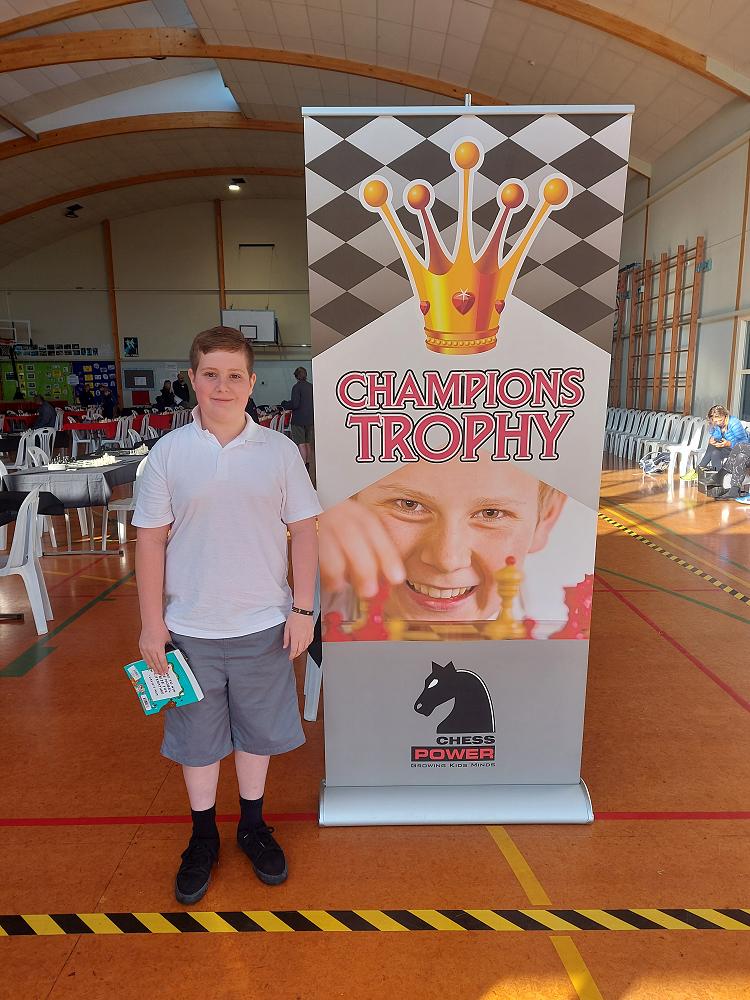 After having won the West Coast regional intermediate division chess tournament in term 3. Noah went on to compete at the National Chess competition in Rotorua.

Noah played 9 games and won 4 of them, playing against some very experienced chess players. Noah also won the title for biggest upset where he bet a player considerably higher ranked than him in the intermediate division.

We are very proud of Noah's achievement and can't wait to see him build on this years experience, for next year.