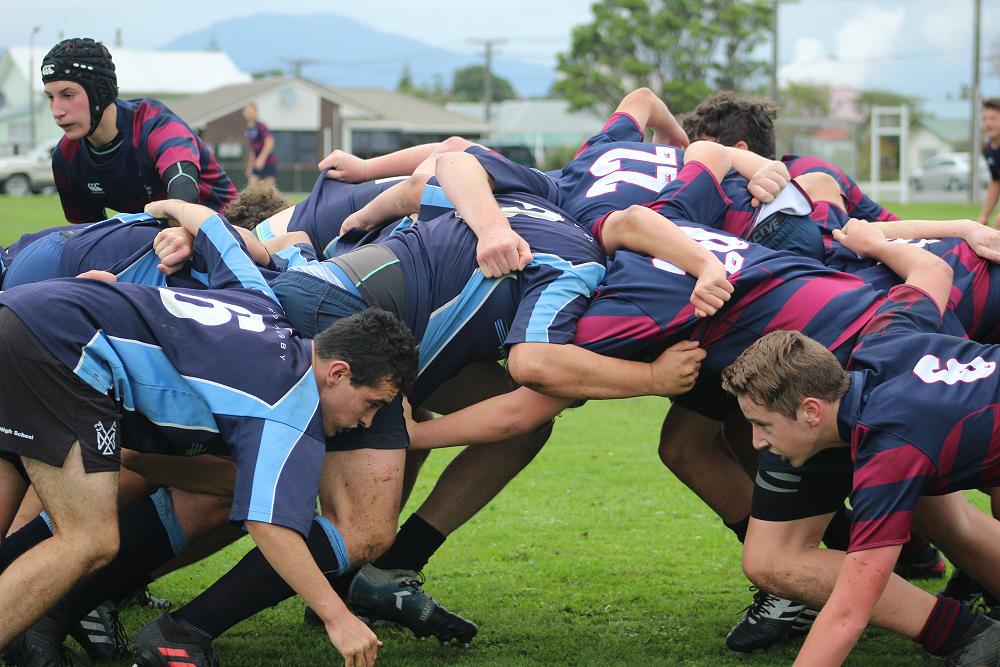 It was a game valiantly fought, with much of the possession being in WHS favour.

On the Westland high school paddocks our troops assembled looking as flash as a midnight blue Lamborghini. The blue flash of WHS 1XV worn proudly on our chests. We gather calmly and focused, but underneath we were fizzing. The room goes quiet as we hear the team sheet being announced. Our opposition’s last game was a 100 point victory. We knew we had a genuine battle on our hands. But like all good soldiers we had been in training for this, pulling endless sleds, flipping tires in our sleep, running up mountains. We were as ready as we were ever going to be. But the changing rooms were quiet before we left. The quiet before the battle.

We faced a well-rehearsed haka and kicked off to them. From the first contact we knew we were facing a challenge. Running with a tight forward pack they tried to punch through our defenses but our structure kept us in the game and the half time whistle came with Ellesmere team leading 21 – 7 at half time. Everyone was playing with their hearts, people forcing themselves up to get back in the game. Never letting each other get isolated. It was a great feeling to always have someone on at your back. When they did break the line every player gave it everything to fix the mistakes and turn the ball over to go back on the offensive.

Man of the match Ayrton Perry, having an outstanding game, was breaking through the line of defense and he kept on doing this the whole game. Ellesmere got the ball out of the scrum and after passing the ball through their backline Jacob Harris caught the full back with a mean, powerful tackle to prevent an almost certain runaway try as our fullback was caught in a ruck. Layk Scowen caught a line out and breaks through the line using his impressive footwork to make at least 20m. Our special moves worked effectively on the day with our shorter line out move giving our man of the match the ball at the back in space and he made another powerful 20m for the Westland team. Leo Smith scored for us after sustained pressure in close to their line but he still had plenty to do. Jack Eason was a powerhouse from the front and an example to us as forwards captain. Special mention to our French import Arnaud Chastel for a consistent game but impressive scrummaging. Where, with his help, we dominated the whole game.

There were some great moments in the game but there are also some key things we have to improve. We need to get more depth in the pods and the back line, so that our attack structures can work more effectively. Our team needs to keep a cool head and keep the yellow cards down. All last year we didn’t get one but we had two in that game, and that, along with an injury left us playing 12 men for 10 min, which, in the end may have cost us the game.

Next week we play Greymouth High School in Grey. They have had a rest week last week and will be targeting us for the win. We will need to play a more expansive game and trust our systems as much as we did this week if we are to come away from that game with the win. Grey have a physical team so we will need to keep our focus under pressure. Under 15’s 1XV and the girls all play next week and we wish everyone a good game. 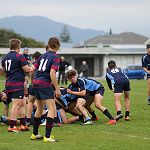 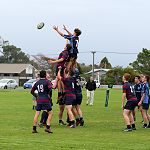 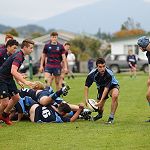 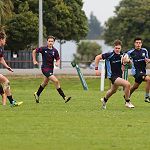 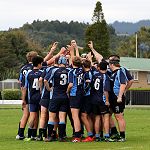 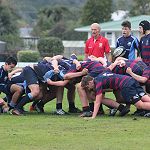